That’s a Wrap on Fear, Inc!

After 3 weeks of shooting overnight we have wrapped on Fear, Inc; a horror-comedy feature film. Producing this feature was so much fun! Our nights on set were filled with lots of fake blood and way too much caffeine! Our cast and crew raised the bar way beyond all of our expectations. You can read about the film on Deadline and The Wrap! 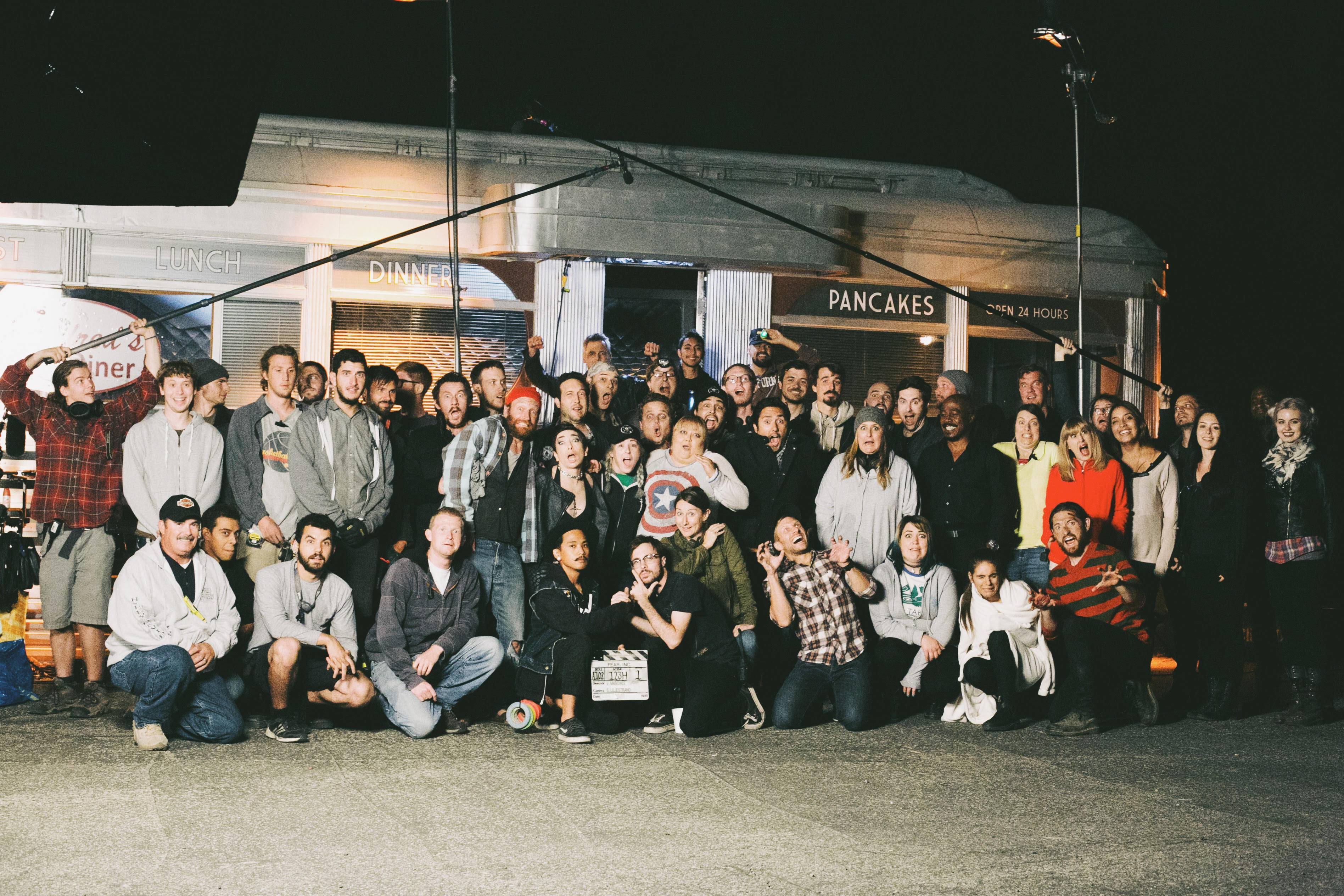 Cast & Crew on set during the Diner Scene

Producing this movie with Lone Suspect made the whole process a complete success. We start post-production soon and can’t wait to see it come to life in the cutting room. Stay tuned for Fear, Inc updates! 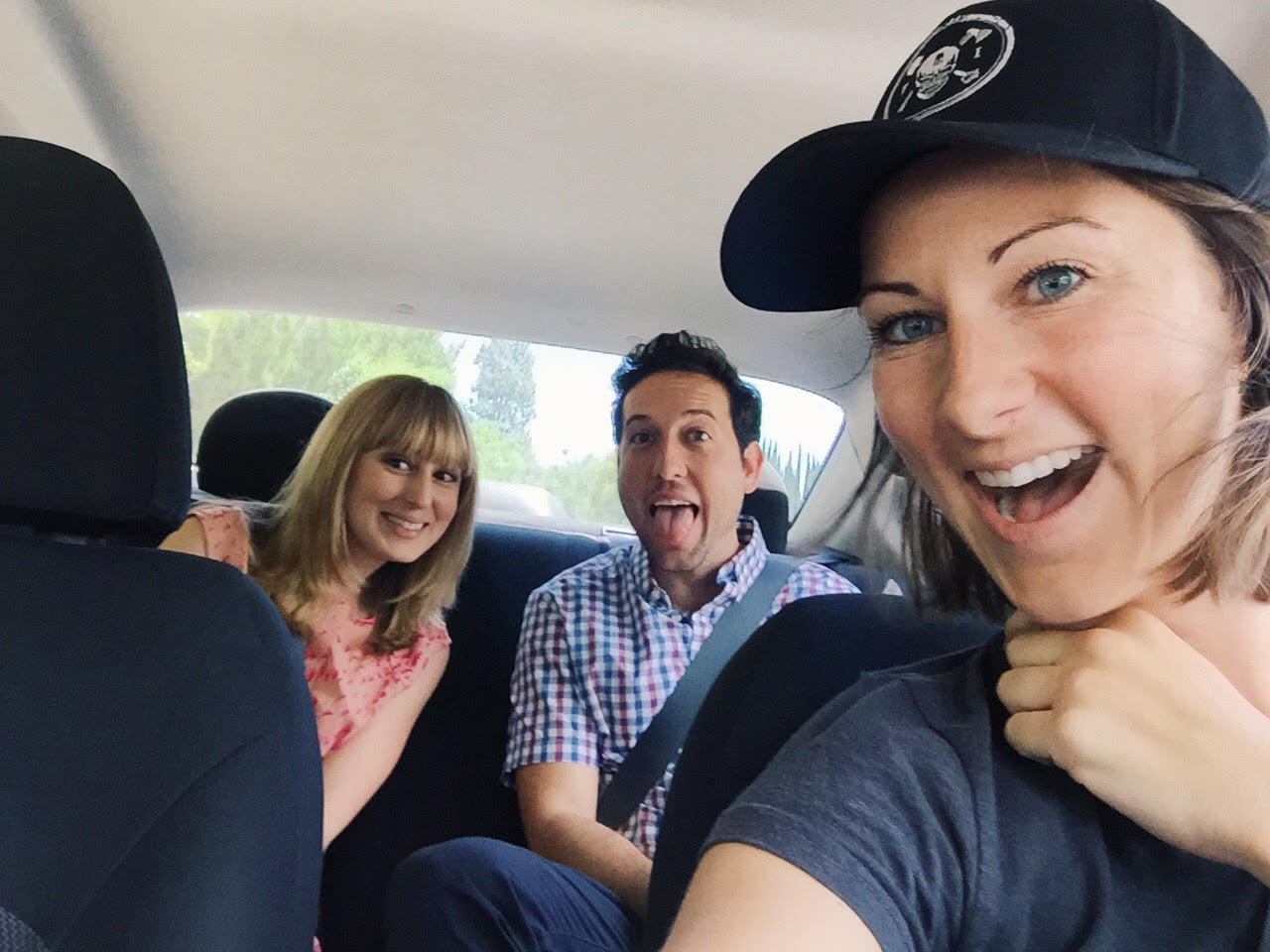 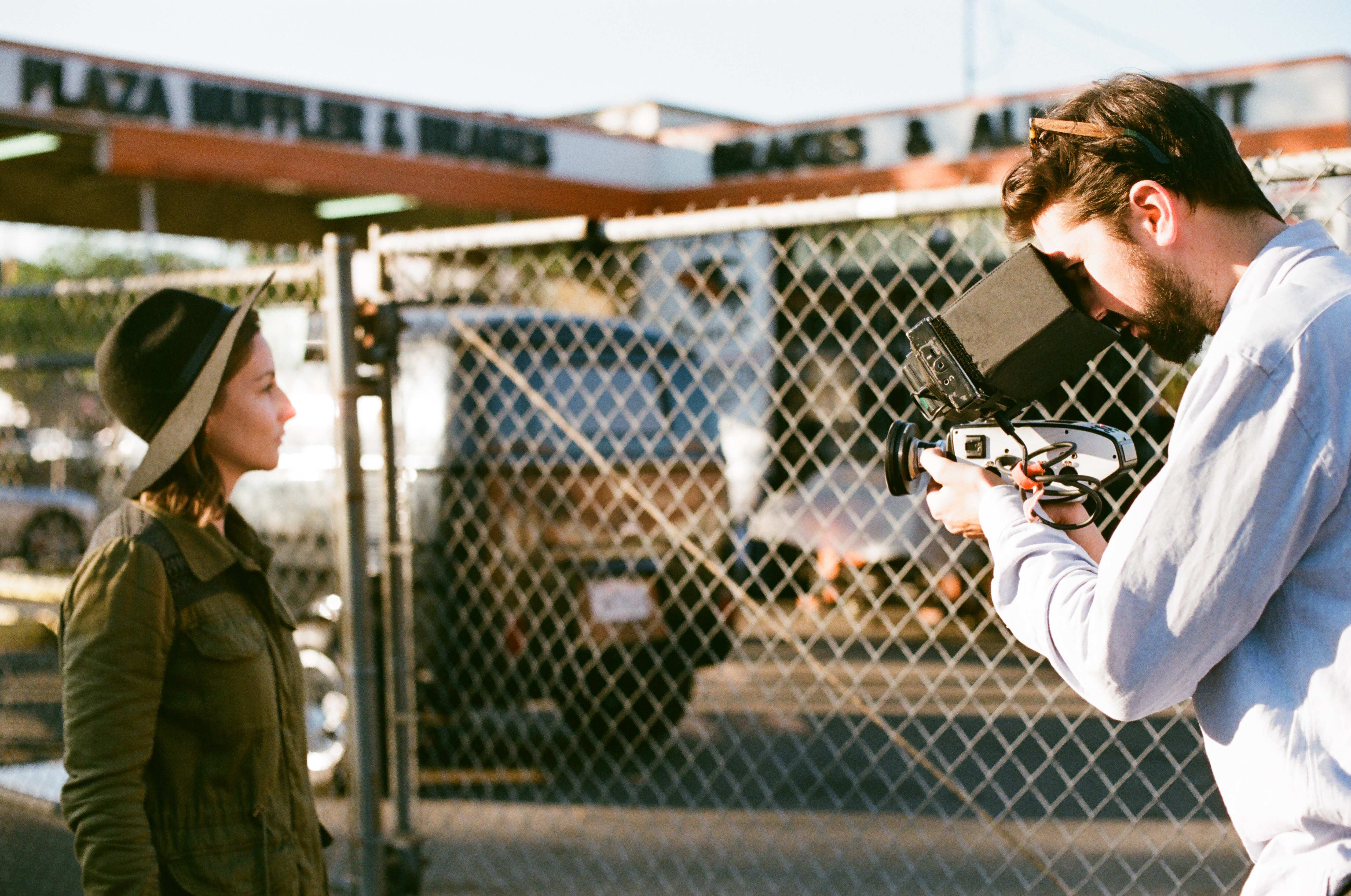 The last 3 months have been a whirlwind; creatively, emotionally, and spiritually. In late November, I decided after 30 absent years, I would go looking for my father. Coming to this decision did not happen overnight. I would say it took over a year, filled with prayer, being open and honest with friends and family about my fatherless upbringing, and a series of brave, blessed and perfectly serendipitous moments.

One BIG thing that helped move me past the idea of it and towards actually executing my plan was my decision to write about it.  As a filmmaker the ability to step back and think about my life like a story allowed me to take action more easily. I decided I was ready to look for him, even if that meant finding something sad. I was ready to know more. I was ready to own my story no matter how it looked or ended. I did not need a happy ending. I needed to know I tried my best to have closure.

Luckily, I have the greatest roommate in the world. No joke! I never had to ask, he offered to come with me to Portland (from Los Angeles) to search for my dad, even though all I had was an address. My only clue. He not only provided me with the security of not being alone, but he made me feel excited about how we had to become old school detectives to find him. Since the subject matter had been weighing on my heart for so long, having him there to make it light and adventurous was exactly what I needed. I will forever be grateful to you, Dave!

Long story short, I found my Dad. It was actually quite easy to find him. The rest is a little more complicated and still unwritten. Complicated and hard, but good!

Right after I had found my Dad, Digital Bolex announced a short film competition called “Fearless Filmmaking”. The winners would have their films showcased at Slamdance 2015. I quickly knew I had to write and create a short film about my experience finding my Dad. I wrote/directed/and reluctantly acted in my short film over the span of 5 days. With the help of my VERY talented friends, we created a short film called “Love & I’ that Digital Bolex chose to showcase at Slamdance! 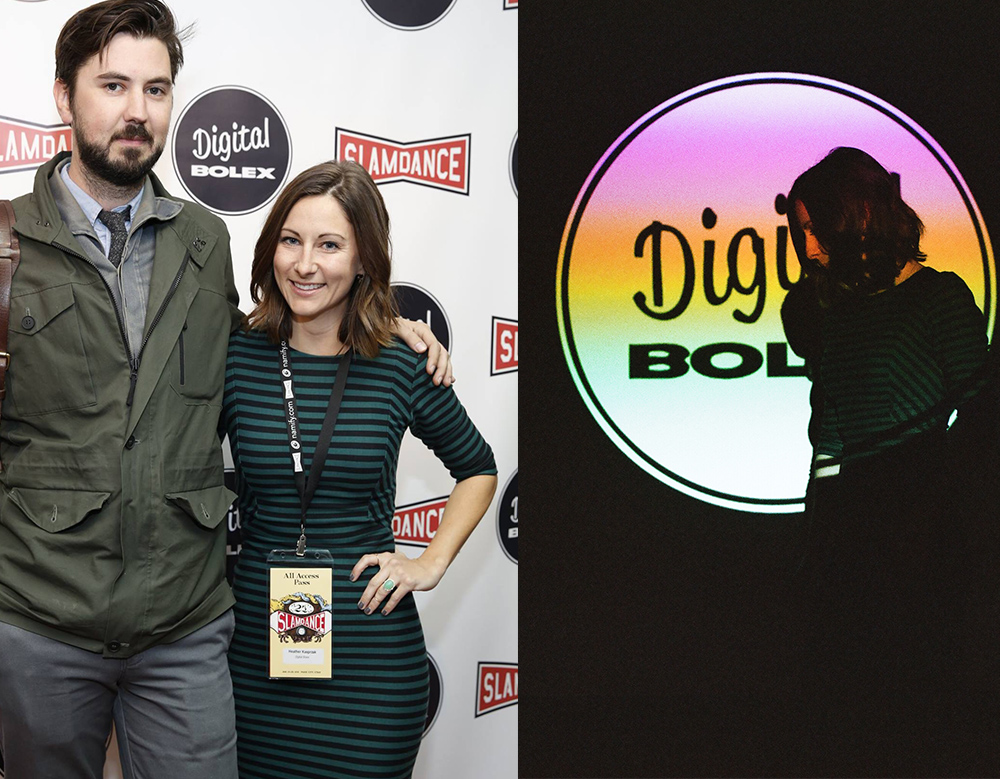 I know not everyone can relate to losing a father at a young age and finding him 30 years later. But this short film is not about that. It’s about overcoming your greatest fears and pushing yourself past what you know and out of your comfort zone. It’s about living a fearless life. It’s about forgiveness and love. It’s about owning your story.

You can watch it here. I hope you enjoy it!  I know you can do anything you set your heart and mind to. I truly believe we can all live a more fearless life. #fearlessin2015 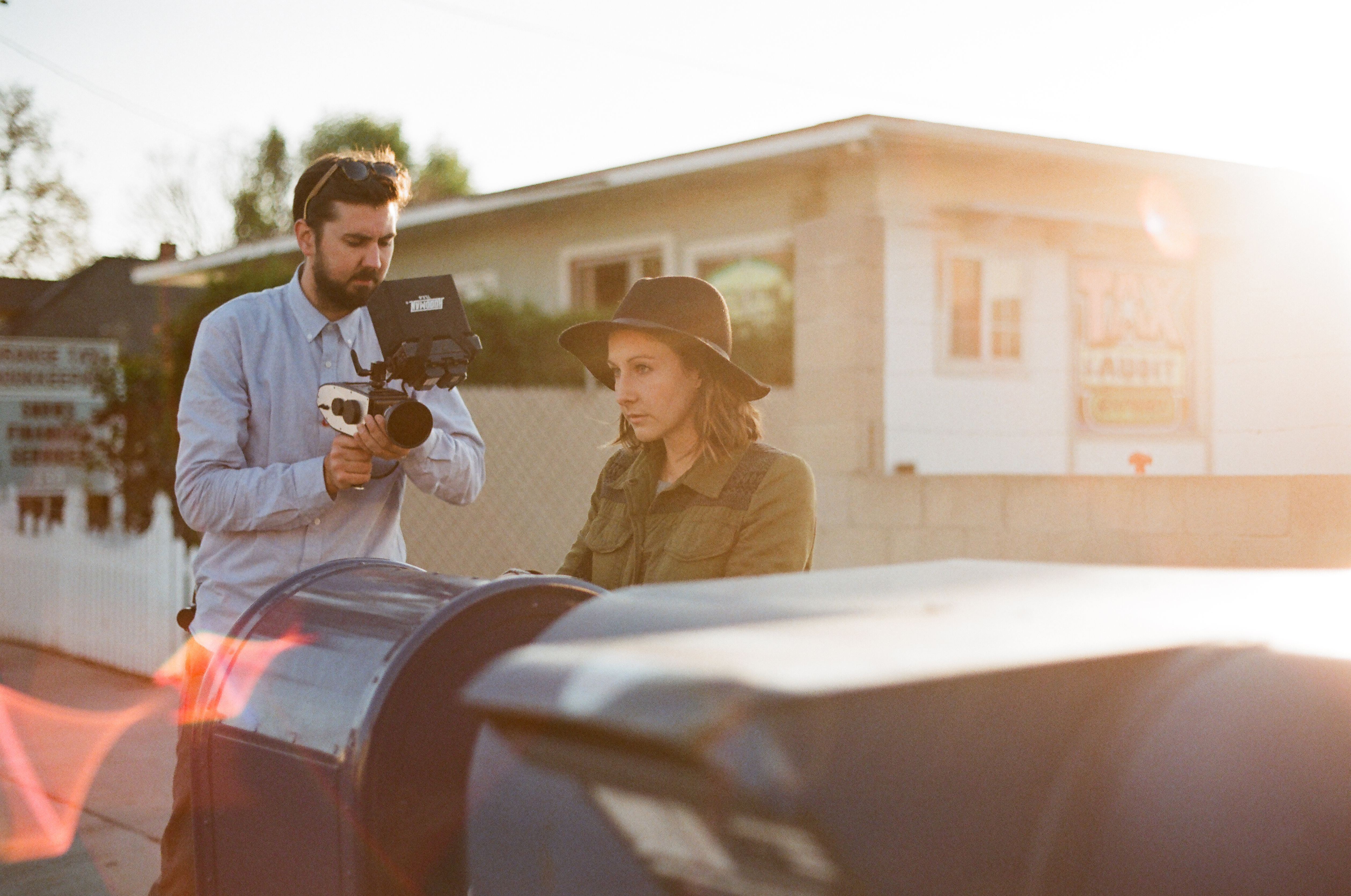 Life on the road…

We just wrapped principal photography for ‘The White Orchid‘ Movie in beautiful Morro Bay, California. This is the second production from Santana Films, which is a collaboration between the Humphrey Bogart Estate and filmmaker Steve Anderson. 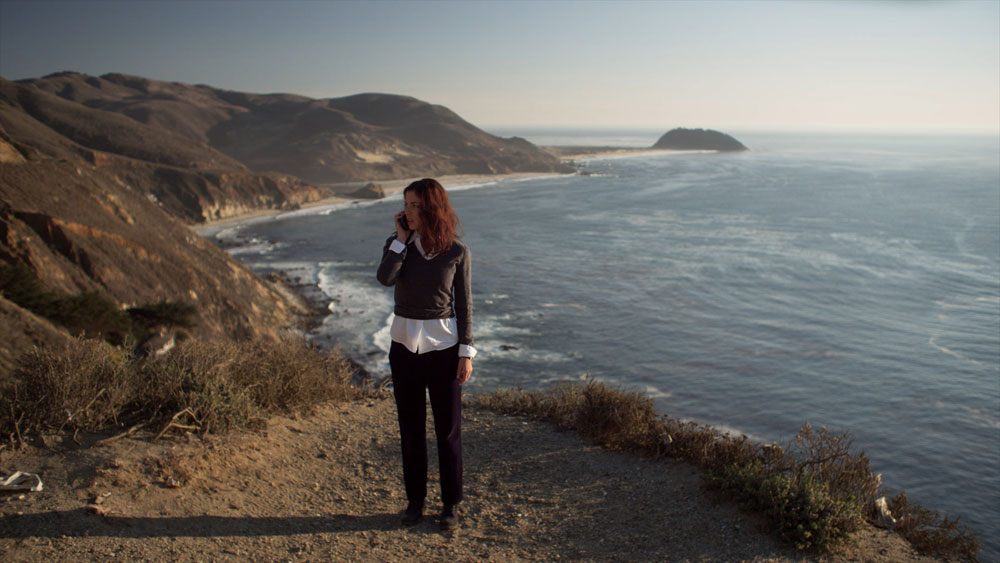 I had the pleasure of working as an Associate Producer on the film. This title means a lot of things when you are working on an Indie Feature. My position allowed me to “float” and help different departments when they needed me, while simultaneously keeping a sharp eye on our Director/Fearless Leader Steve Anderson, making sure he had everything he needed. Working so close to Steve Anderson was a once-in-a-lifetime experience. Not only did he write an amazing one-of-a-kind script, he brought great energy, positivity and patience every day, which created a productive and peaceful working environment on set.

We traveled for 4 out of the 6 weeks of production to Morro Bay, Big Sur, San Francisco and back to Los Angeles (where most of the crew call home). Four weeks was the longest I had ever been on the road, let alone away from my home and the comfort of my own bed. While I was away, I learned a lot about what I actually need to be happy and feel content. The cast & crew were lucky enough to stay in comfortable, small, homey hotels that made us feel like we were attending summer camp. In the comfort of my cozy hotel room, with my dog Rocky by my side, enough clothes to last 2 weeks, a job that inspired me and made me want to jump out of bed in the morning, I realized I didn’t need much more than that, especially at this point in my life.

Sometimes are lives are filled with so much more “want” than “need” that we lose our bearings on what that “need” actually is. I am so grateful for my experience on The White Orchid. I can honestly say I have gained 30 new friends and an endless amount of priceless filmmaking & life lessons. I can’t wait to see how this story ends. Making the movie was just the beginning. 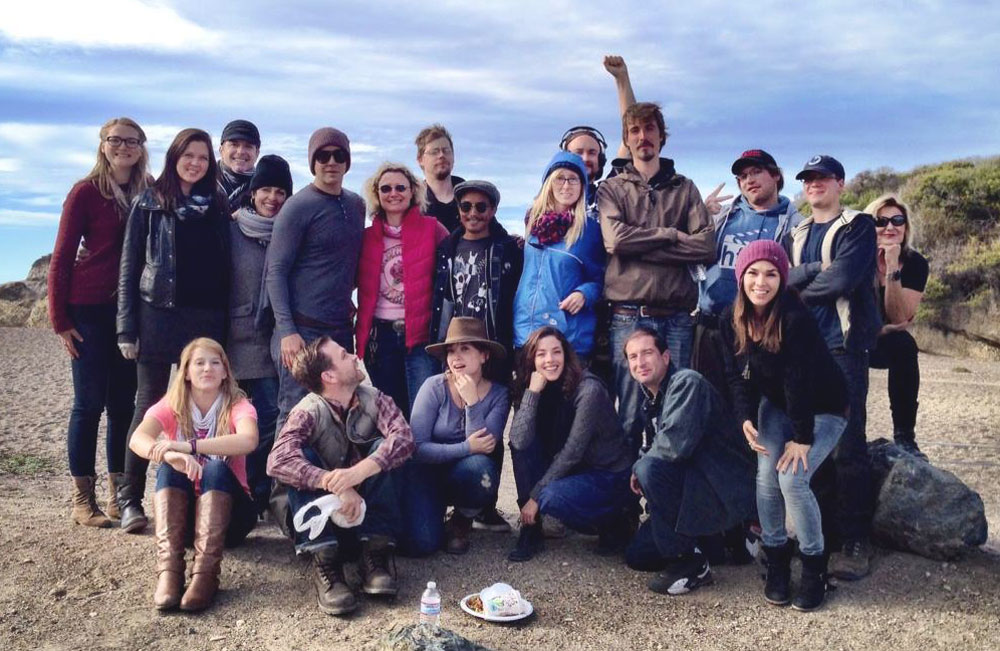 Check out The Hollywood Reporter Article that came out today about The White Orchid!

Also, “like” The White Orchid Facebook page and show your support by staying connected to what is happening with the film’s journey to its premier!